Create an Account - Increase your productivity, customize your experience, and engage in information you care about.

Ludington Fire Department was truly born in the era of iron men and wooden ships.

Origin
Its rudiments can be found when the first sawmills appeared on the banks of Pere Marquette Lake. Shortly after Merewether Cobb built the first mill, it was destroyed by fire. The need of an organized department was obvious and the day after that fire, Cobb organized the 1st local Fire Department. 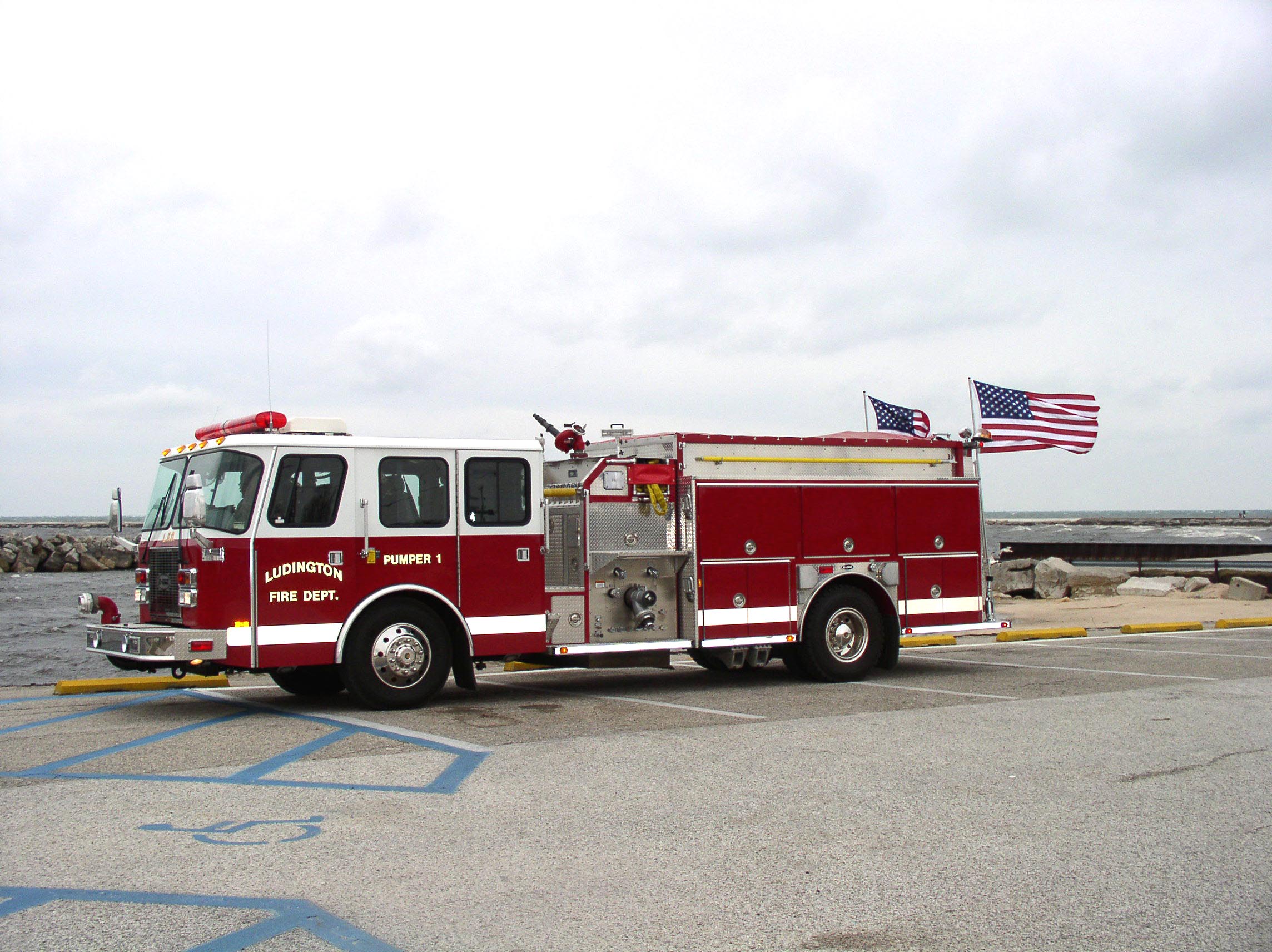 Equipped with only a few shovels, axes and wooden buckets of water placed on the roofs of buildings, a rag-tag group of sawmill employees stood watch for flying sparks and embers which came from the mill's boilers.

Big Fire of 1881
It was Saturday June 11, 1881, a warm and windy morning. It was 11:30 a.m., as a circus parade was making its way through town. Most of the town's citizens as well as many of its fire fighters had turned to watch the parade. A small wisp of flames appeared on West Loomis Street. The fire spread quickly to a saloon, a meat market, then a shoe store. Due to a crack in the cities' fire warning bell, the sound did not carry very far and firefighters were slow to answer the call. Mills, factories, and shops closed with their workers rushing to help fight the fire that was now growing into a major conflagration. Even the circus performers joined in to help try to save the city, but it was all to no avail. By the end of the day, 67 buildings including the fire station had burned to the ground. This accounted for an almost total destruction of Ludington's downtown area.

New Developments with New Department
Like the mythical phoenix, a new Ludington's Fire Department was born. It arose out of the ashes of the "Big Fire" of 1881, and was the foundation of the department, as we know it today. Many new developments occurred because of the big fire. The city began construction of a water plant and a system of wooden mains to carry water throughout the town. The 2nd development was the reorganization of the Fire Department with Marshall G. Smith being appointed as the cities' 1st Fire Chief. The department was reduced to 27 active members from its previous 75 and these men were periodically given small amounts of money as reparation for burned clothing and good attendance.

Today, Ludington Fire Department is a modern and progressive institution that is ever-mindful of the traditions and accomplishments of its past. The continued success of the department is revealed in that past; dedication, pride and enthusiasm must remain as the foundation upon which to build the future.
View All
/QuickLinks.aspx
Online Payments
Notify Me®
COVID-19 Information
Citizen Requests
Open Government
Visit Downtown
City Calendar
Forms
[]